This month’s Blog Carnival** is “Favorite Things”. The actual mandate was only to show photos of some of your favorite things. Which immediately put us in touch with our very most favorite thing – breaking the rules.

As we were scurrying about on this assignment trying to determine “favorite” things, it turns out that our favorite “things” aren’t things at all. It’s the meaning and memory attached to the things and what they represent in terms the intersection of our lives and the lives of others.

Everything we surround ourselves with has a story behind it. The banalest objects often represent a deeply felt moment in time. It is these moments that define us as people; the “things” are just the footprints of the journey we are on.  Come by for coffee some time and we will tell you the full story, but for now here is a synopsis. 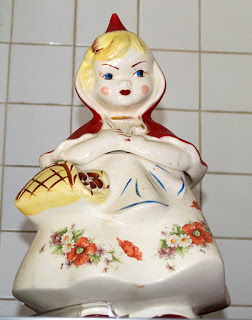 Cow Jumping Over the Moon
The first thing I did to modify our house when we bought it in 1982 was to make this window.  It was (and still is)  an expression of our attitude toward life in general. 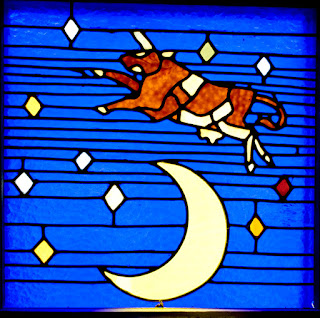 Frog Soap Dish
A birthday gift from Corliss. All couples have pet names and inside jokes between themselves. Frogs are one of ours. 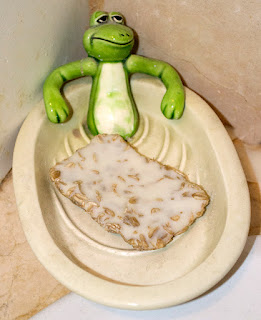 Brass Die
This is a custom die that was used to make a commemorative bookmarking the completion of the Pertamina Oil Refinery in Jakarta Indonesia, at the time the largest refinery in Indonesia. The die was presented to us as a special gift and acknowledgment of the work we did on the project. 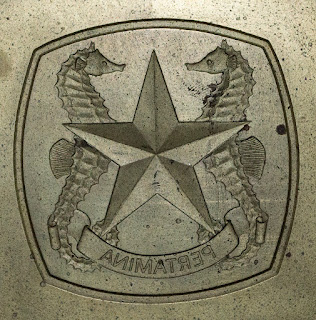 Hawksbill Sea Turtle
This is a natural history specimen that we were given in payment for work done for a very old and prominent California family. The family is a member of a very select group referred to as “pioneers” families. These were early settlers to the territory during the time California was owned by the King of Spain. This specimen was collected by a family member circa 1840 prior to the American Civil War. 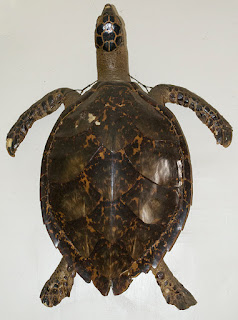 Micro-Deburring Tool
This list would not be complete without at least one tool, in this case, one of my own invention.  It works like a champ for deburring small jewelry sized holes, and I use it constantly.

L’Art Statue
I love the stylized naiveté of this piece. It serves as a reminder of how far our perspective on art and its intent has shifted in the last 100 years. 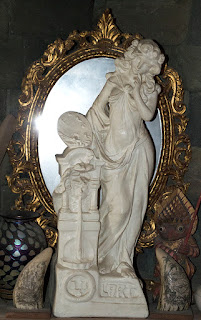 Pan Flute
I approach our entire house as one big art project that I have been working on for the last 33 years. It is a reaction to the often sterile interiors I encounter in modern architecture and a conscious attempt to encrust the entire interior surface of the house with art and decoration. In this case, the space under the kitchen sink. The project will never be finished. 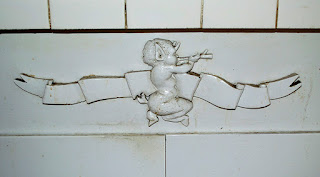 Sharky
A trifecta of meaning - a gift from Corliss, an allusion to yet another inside joke, and an acknowledgment of a remark we have heard from visitors to our home.  “Looks like a cross between the Victoria & Albert Museum and the Addam’s Family house.” Yep. 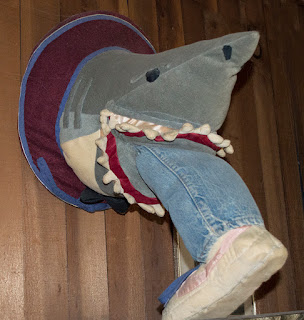 Balinese Wood Carving
A masterwork of Balinese wood carving acquired from a prominent California collector who needed to “clear some space”. These folks were only slightly ahead of us on the way to encrusting the entire interior surface of their home and were quite happy to help us out with our project. 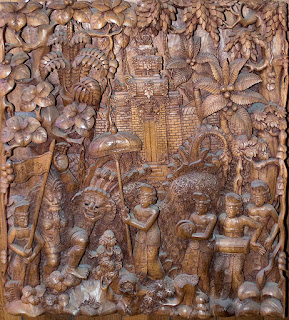 Cast Iron Skillet
Passed to Corliss from her grandmother, it has been in constant use for at least three generations. Not many things made today will ever be able to say as much. 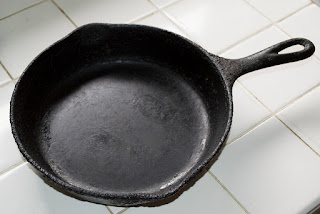 ** Blog Carnival is a collective ongoing project of EtsyMetal Team, an international group of metalsmiths and jewelry designers. Each month, members share their perspective on a common topic, giving you the reader a comparative view into the creative mind.