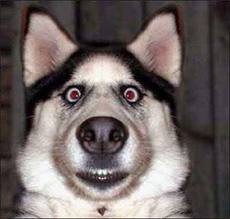 This month’s Blog Carnival** is about “pets”, those wonderful, cuddly, friends of the family that provide companionship and joy. No doubt my fellow artisans will be extolling amazing tales of how a favorite pet saved their life at one time, cooks dinner (and does the dishes), helps the kids with trigonometry homework and still manages to provide endless inspiration for boundless creative endeavors. All good stuff.

Growing up we had pets too, particularly dogs. I would watch the exploits of Lassie on TV, but my dogs just never quite measured up. They would mostly just bark at anyone who came near the house, and shit everywhere. I was intimately familiar with this last part because it was my job to clean up after the dogs. My parents believed in the sanctity of work. The dogs believed in the sanctity of shitting – everywhere. These two parallel concepts were to merge in the most horrible manner later in my life, when at age 15 I got an after school job with the local veterinarian.

“Bob the Vet” was an affable man, who liked his job as much as he liked his bourbon. The two went together pretty well judging by the amount Bob drank on the job. But at 15 you’re not too judgmental of such things, and besides Bob was a generous and sharing man.

Bob apparently recognized a deep untapped pool of veterinary greatness underneath my teenage veneer of acne and brylcreme, and immediately undertook to bestow upon me his vast knowledge of the medical arts. I was so adept a student that after only a few hours of training I received my first promotion. I was made the new Dog De-Worming Supervisor and put in charge of the entire division. As luck would have it, Bob had an amazingly steady demand for this service, and even though the entire de-worming division consisted of me, I smelled opportunity.

For those of you who are not schooled in the medical arts, de-worming a dog is mainly accomplished by administering an enema to said dog. Now, the first thing you have to know about the process is that it is a disgusting and messy affair. The second thing you gotta know is that the dogs don’t like it much. It is a procedure that is greatly facilitated by bourbon for the person administering the enema and the dog.

The art of the dog enema is all in knowing how to restrain the dog throughout the experience. The technique is nothing less than veterinary kung-fu that is handed down from master to apprentice -and I was getting good at it. I quickly mastered Chihuahuas and Pomeranians. Beagles and Cocker Spaniels were no match for me, nor Lab Retrievers. I was easily working through everything breed Bob threw at me, until…the Rotweiler.

Confronting a really big dog as you contemplate the best way to shove a hose up its ass is a sobering experience. At 121lbs the dog weighed only slightly less than I did. What he lacked in weight he more than made up for in bad attitude. We stood motionless for a few moments eyeing each other. The rotweiler growling, looking at me, the hose in my hand, my throat. Me looking at the rotweiler and estimating the distance between me the dog and the door.

They tell you in the military that in times of high stress your training kicks in and you act instinctively without thinking. And that is exactly what happened next. In hindsight thinking about it would have been a better move. Instead I made my best enema ninja move, restrained the rotwieler and inserted the hose in one deft motion. This clearly caught the dog by surprise and he just stood there for a few moments trying to figure out what just happened.

I thought things were going pretty well until the rotweiler decided he’d had enough of being violated with a garden hose and broke free, jumping out of the tub and knocking me to the floor in the process. Lying there on my back I watched an upside-down rotweiler looking ever so much like a water balloon let loose. Only slightly less amusing was the sudden realization that this massive snarling animal propelled by a high pressure stream of fluid, worms and shit was charging at me.

That’s when I discovered I could fly – and scream very loudly.  Sitting atop a stainless steel cabinet my incessant screams eventually aroused Bob’s curiosity
enough for him to come see what the noise was about. Bob was pretty nonplussed about the incident. The dog had been successfully de-wormed (billable) and as the supervisor of the department Bob reminded me that it was my responsibility to clean up. And that is why to this day I remain a steadfast cat person.

**Blog Carnival is the brainchild of EtsyMetal Team whereby a random selection of international artists share wildly inappropriate and embarrassing personal information for your curiosity and gratification.